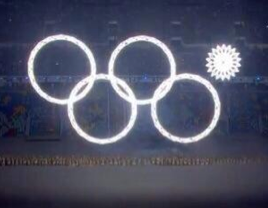 Even with all the problems at Sochi and with the Russian human rights record, even with NBC’s atrocious coverage*, I’m afraid I get addicted to watching the Olympics. It’s about astonishment at the prowess of the athletes and the excitement of seeing sport without the forced narrative of the big team sports.

The day job means I don’t see it during the day** so I end up watching it until too late in the evening – certainly too late to be bounding out of bed at five to write, anyway.

So expect posting to be a bit irregular until they’re done.

[*] people in Britain criticise the BBC coverage sometimes, but if those critics ever had to watch what NBC does… A particularly egregious example was showing a gymnastic gala in the prime time evening slot when there was actual sport happening on the track.

[**] there is an irony here which I will spare you.